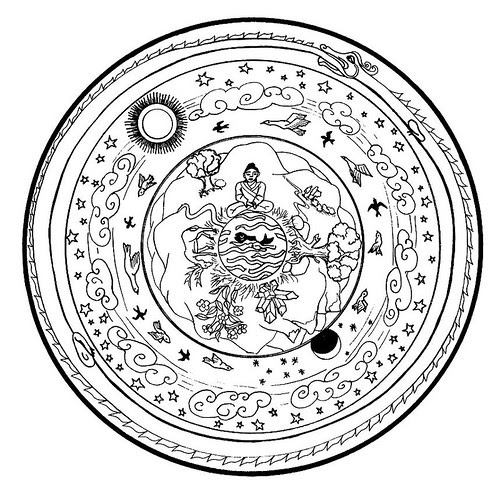 A mandala for your coloring pleasure.
The image can be downloaded from flickr - just click on the link.

Email ThisBlogThis!Share to TwitterShare to FacebookShare to Pinterest
Labels: coloring page, wheel of life
We cannot live for ourselves alone. Our lives are connected by a thousand invisible threads, and along these sympathetic fibers, our actions run as causes and return to us as results.
~Herman Melville
No comments: 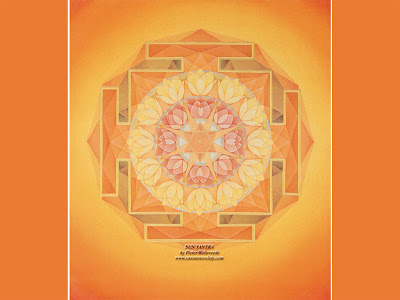 This beautiful desktop wallpaper is from the sanatansociety.com
31 comments:

Paintings like this are usually found in the vestibule of Lamaist temples. It is said that the Buddha himself drew this diagram in the sand in order to explain to his disciples the Buddhist conception of life, death and rebirth.

The Wheel itself is held in the clutches of a demon, who symbolizes impermanence. In the hub of the wheel are a cock, a snake, and a pig, symbols of lust, anger and ignorance respectively, the three cardinal sins in Buddhism.

In the outer rim are twelve scenes, which the Buddha called the usual nexus, the chain of cause and effect, or the reasons for transmigration. These symbolize the various stages through which man passes from birth, namely:

And then rebirth through countless existences. At each death man is reborn according to his Karma, into one or another of these six worlds, until he, like Buddha, through enlightenment reaches perfection and, no longer "bound to the wheel," passes on to Nirvana to become one with the Universal spirit.

The painting of the Wheel is very complex; the profound symbology must be carried out perfectly. The joys and punishments in the six regions of rebirth are vividly portrayed in miniature. In the outer rim the various incidents of the casual nexus are also represented in minute detail. 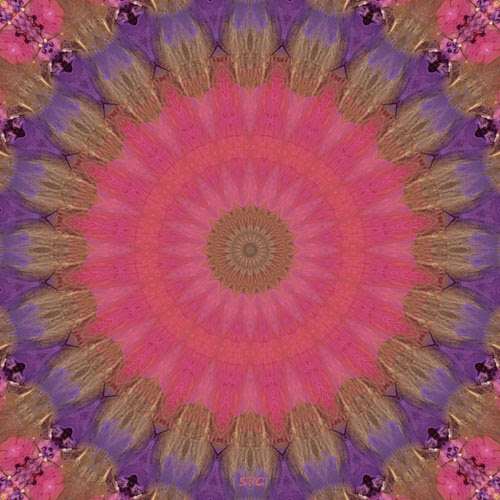 Chanting and Water in Ancient practices

Like other traditional cultures, ancient Indian scriptures considered water a sacred element and it formed the most essential part of all rituals. It was a strict practice to keep water in a vessel at the place where the rituals were being performed, especially when chanting holy scriptures. It is considered a sin to do any rituals without water even if one does not offer flowers, fruit or any other food to God. After the rituals, the water is usually given as 'prasad' in temples and homes.

In Indian temples after the priest does the chanting he distributes water which carries the sound vibrations of the chanting. There is a great secret behind this practice. The sounds produced during chanting of holy scriptures have great influence on the health of the people listening to it. The healing effect of sounds is scientifically proven and need not be described here. Water has a remarkable property of absorbing subtle sound vibrations. Drinking this water after chanting will be doubly beneficial because the sound vibrations will reach each and every part of the cells in the body through water.

The sacred syllable "AUM" was written on a glass of water and the crystal structure that was observed is shown here:

Research From Dr. Masaru Emoto, says that human thoughts are directed at water before it is frozen, images of the resulting water crystals will be beautiful or ugly depending upon whether the thoughts were positive or negative. Emoto claims this can be achieved through prayer, music or by attaching written words to a container of water. Since 1999 Emoto has published several volumes of a work titled Messages from Water, which contains photographs of water crystals next to essays and "words of intent".

When you are saying that you are happy and you are not, there will be a disturbance in your breathing. Your breathing cannot be natural. It is impossible."

What would make us both stop mid-step, he in his world and me in mine,
when once we saw one another?
It’s simple.
He is my world, and I am his,
and when we first know it, time stops and never starts up again...

~Grace Gibson
~From the Diary of a Lady Beloved
No comments: 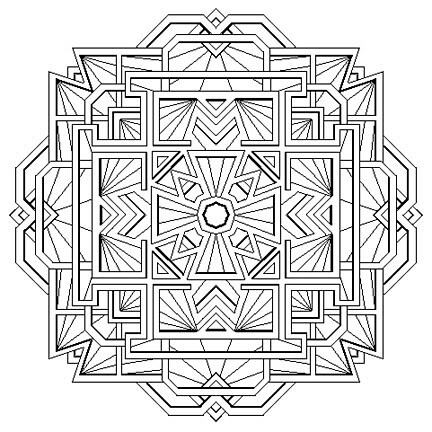 Here is a nifty Tibetan style mandala to color. You can download the image at Flickr and then print it out and color it. If you have any problems with the download, let me know and I'll do what I can to help. 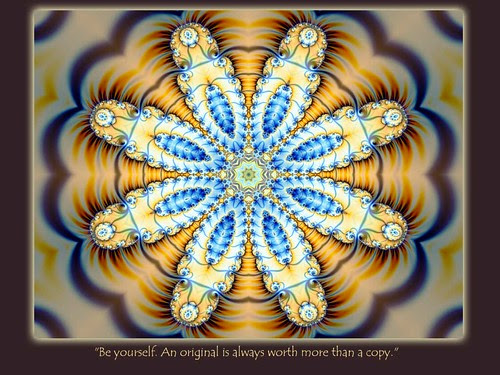 Be Yourself, originally uploaded by Shirley Two Feathers.

Here is a cool desktop wallpaper to encourage you to be yourself as you move through your work day. The image can be downloaded at Flickr, if you have any problems, let me know and I'll do what I can to help.

There is nothing in this universe

There is nothing in this universe apart from God. ... God is present at every point of the universe and can be approached and experienced at every such point. ... and, though the Deity is no doubt infinitely greater than the universe which is His creation, every part and particle of that universe, from the tiniest atom to the mightiest planet, is essentially, entirely and thoroughly divine.

Sacred Geometry is the eternal visual language wrapped around the root concepts of the manifest universe. The archetypes and icons of geometry are absolutely perfect, unchanging, and timeless realities springing directly from God Mind.

The Universe is Vibration, and the principles of Sacred Geometry are directly correspondent to ALL wave form phenomena . . . ALL vibration. Science agrees, the Universe Is Vibration, and geometry IS vibration manifest on the visual, time/space planes.

Sacred Geometry defines the nature of Space and Time, it is the architecture of the universe.

I said to the wanting-creature inside me:
What is this river you want to cross?
There are no travelers on the river-road, and no road.
Do you see anyone moving about on that bank, or

ford!
And there is no body, and no mind!
Do you believe there is some place that will make the

soul less thirsty?
In that great absence you will find nothing.
Be strong then, and enter into your own body;
there you have a solid place for your feet.
Think about it carefully!
Don't go off somewhere else!
Kabir says this: just throw away all thoughts of

imaginary things,
and stand firm in that which you are.

Email ThisBlogThis!Share to TwitterShare to FacebookShare to Pinterest
Labels: be still, be yourself, poetry 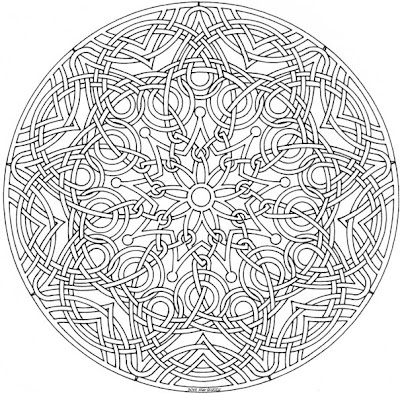 Here is a Celtic Mandala Design for your coloring pleasure!
Have fun!

These are from Seattle Fractals Digital Art. Aren't they awesome?

I wanted a perfect ending.
Now I've learned, the hard way,
that some poems don't rhyme,
and some stories don't have
a clear beginning, middle, and end.
Life is about not knowing,
having to change,
taking the moment and making the best of it,
without knowing what's going to happen next. 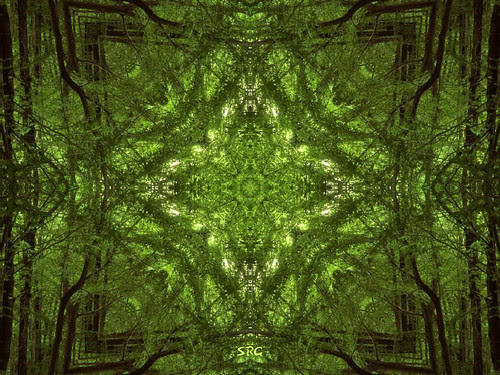 Free desktop wallpaper created by me! Feel free to grab this image and use it to create mystery and beauty in your workspace.

Everything the Power of the world does is done in a circle... birds make their nests in circles, for their's is the same religion as ours.
~Black Elk
No comments: 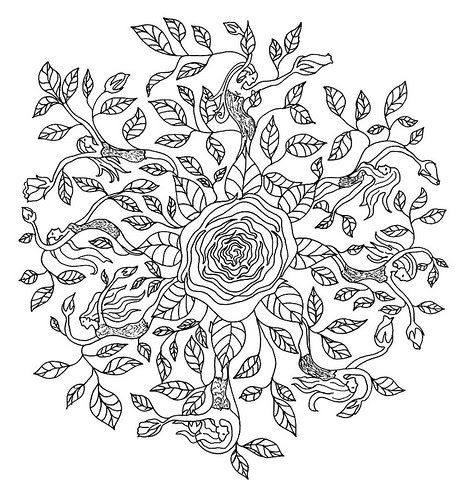 Here's a cool mandala to color. It features elves, leaves, and with a rose in the center and lots of rose buds. You can get the large image at flickr by clicking on the link, and if you have any problems downloading it, just let me know and I'll see what I can do to help.

This is the secret of your failure - you are moving upstream. You are worried, tense, in anguish, in anxiety, almost going mad - anybody will go mad if they are constantly going upstream because the fight is so hard and so meaningless.

Suddenly you are still, silent. Only then, never before, does real meditation happen and all effort is dropped. But you have to make the effort first, otherwise you will never understand that it has to be dropped. 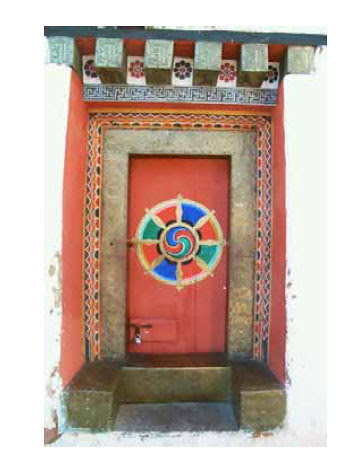 I thought this was really cool. I looked and looked but couldn't find any more pictures of mandalas painted on doors to go with it. So here it is.